The Army of Four is soon to be the Army of Four-Hundred!! They've been recruiting soldiers and have gotten a lot CyberDogs to enlist!

The Dogs of Jackman Avenue are reporting for duty!!!

Staff Sargent Sherman - He's should have an honorary ranking based on his age (which is OLD). He would like to oversee the Mess Hall. For sure. He's grouchy enough to keep all of the Privates in line. He will also personally taste-test all rations to make sure they are up to military specifications.

"RRRRRRrrrrrrrrRRRRR! No one touches the food till I've tried it!!!" 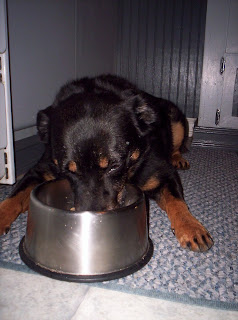 Specialist Penny - Who is more Special than Penny??? She's a Specialist at wiggling, snorting, dancing, sneaking up on the bed at night & putting up with annoying little white Boxers. She's also the most educated of the 3.

"I've got the most Skillz!" 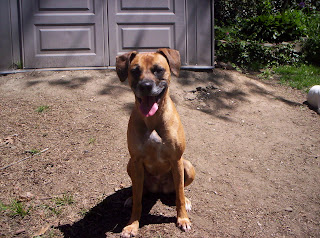 Private First Class Lola - Well...she thinks she's First Class and has already shown Zim her Privates. She would like to take on special military assignments. Kind of like Syndey on Alias. She's master of disguise and can seduce just about anypup. She can also kick a$$...well, at least she thinks she can. 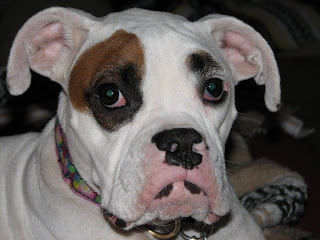